Price guides for Shiva Gilt Metal Statues Plus Indian one...

Appraise and find values for
Shiva Gilt Metal Statues Plus Indian one... 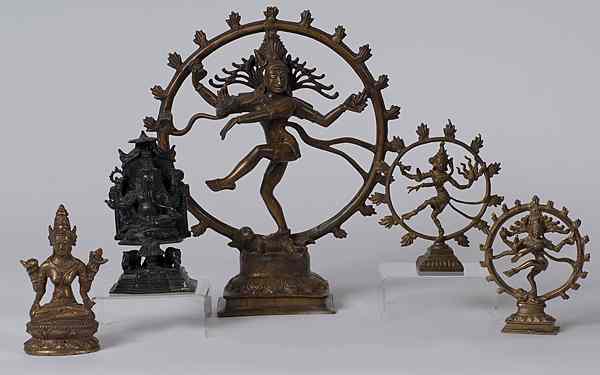 Shiva Gilt Metal Statues Plus Indian one bronze and two gilt metal statues depicting Shiva in the form of the dancing Nataraja with the bronze and one...