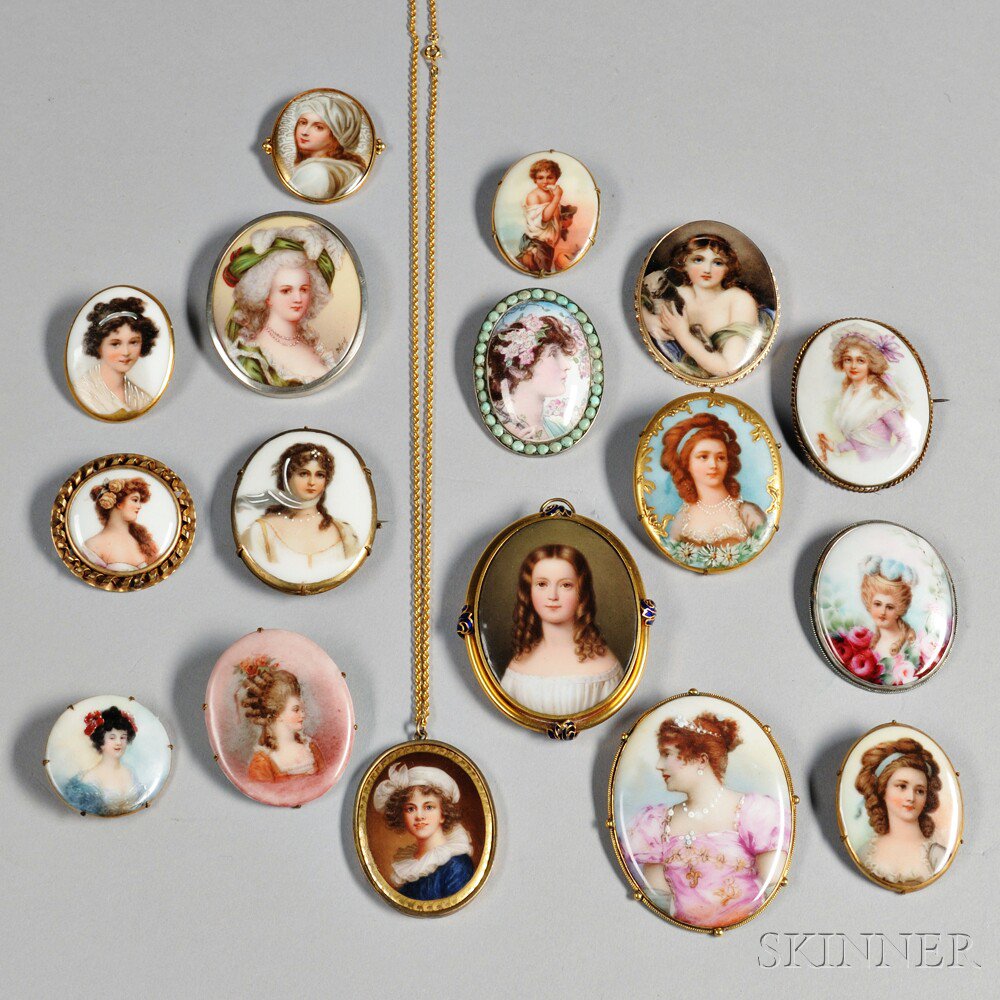 Seventeen Portrait Miniatures Depicting Women, 19th century, all with pin backing except as noted; one in a purple dress with white wrap on white ground,...