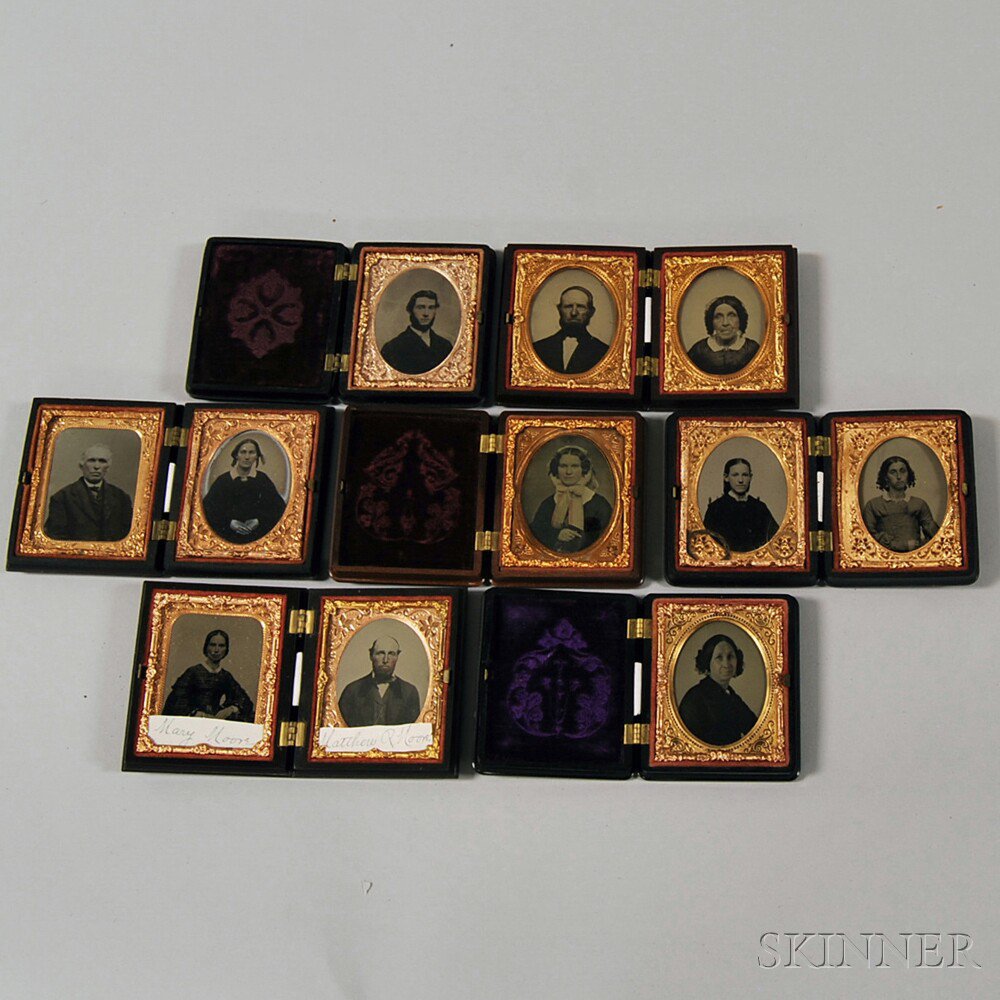 Seven Ninth-plate Union Cases with Eleven Early Photography Portraits, seven ambrotypes: including an elderly bearded man and his wife who is wearing a...