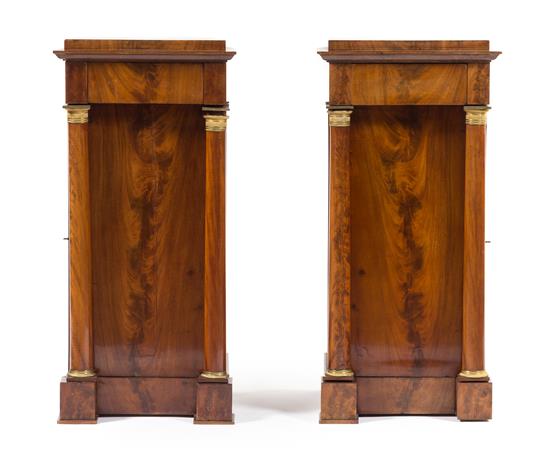 Sale 485 Lot 119 * A Pair of Empire Mahogany Pedestal Cabinets 19th century each having a rectangular top over a frieze drawer and a cabinet... [this item is NOT for sale]