Appraise and find values for
Sale 430 Lot 714 An American Mahogany... 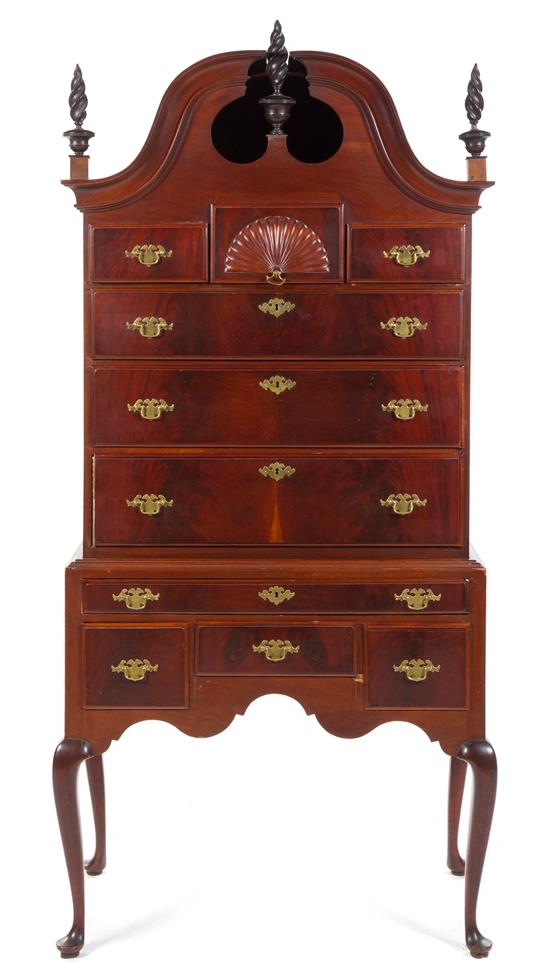 Sale 430 Lot 714 An American Mahogany Highboy 18th/19th century with alteration in two parts, the superstructure with a broken arch pediment...