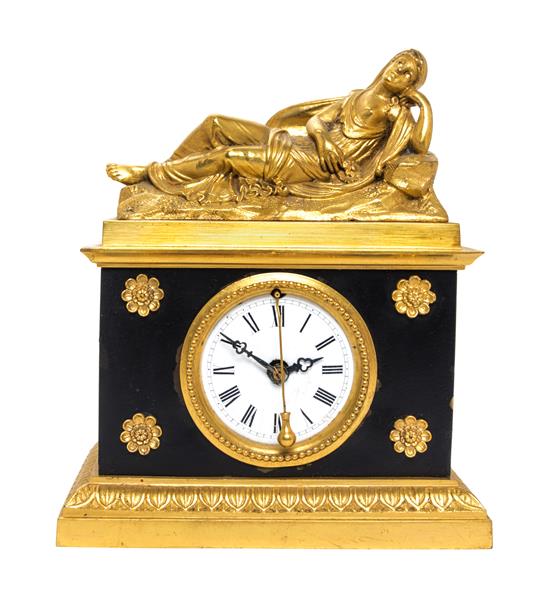 Sale 430 Lot 124 * A French Gilt Bronze Figural Table Clock 19th century of rectangular form, surmounted with a reclining figure of a classically... [this item is NOT for sale]