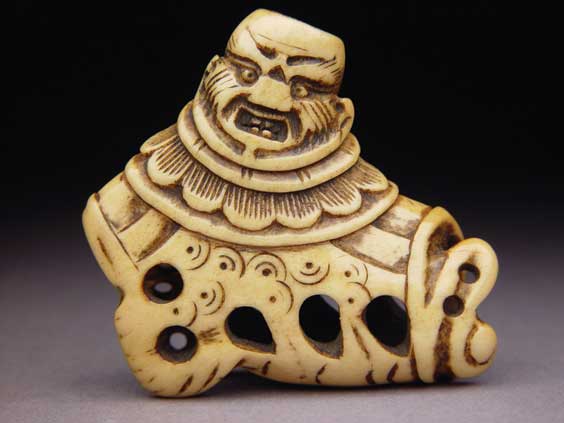 STAG ANTLER NETSUKE/SEAL Unusual, carved stag antler netsuke of a man's head atop an abstract form with some openwork details, the top of head with seal,... [this item is NOT for sale]