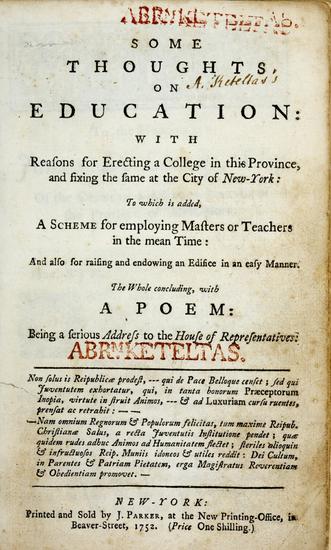 SMITH, William (1727-1803) Some Thoughts on Education: With Reasons for Erecting a College in this Province, and fixing the same at the City of New-York...