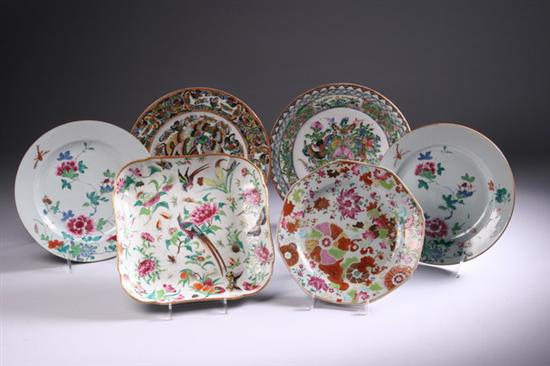 SIX ASSEMBLED CHINESE PORCELAIN PLATES. 18th/19th century. Two pair of plates; one octagonal plate; one rectangular dish; each with floral, insect and... [this item is NOT for sale]