Appraise and find values for
SIOUX MEN'S BEADED LEGGINGS AND PAIR OF NORTHERN... 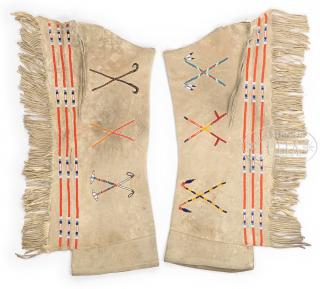