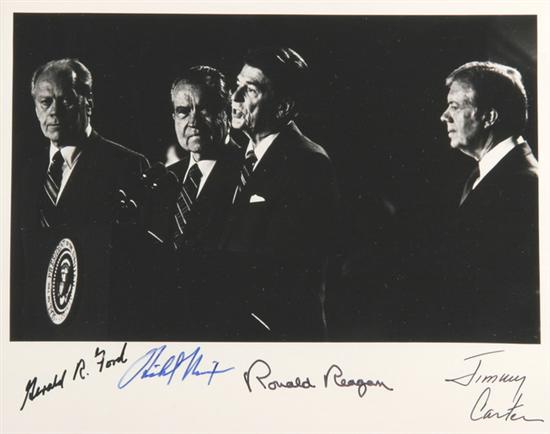 SIGNED GROUP PHOTOGRAPH OF PRESIDENTS NIXON, FORD, CARTER AND REAGAN. Black and white photograph taken on the occasion of the departure of the presidents... [this item is NOT for sale]