Price guides for SIGNED BY A MEMBER FROM THE FIRST NINE APOLLO...

Appraise and find values for
SIGNED BY A MEMBER FROM THE FIRST NINE APOLLO... 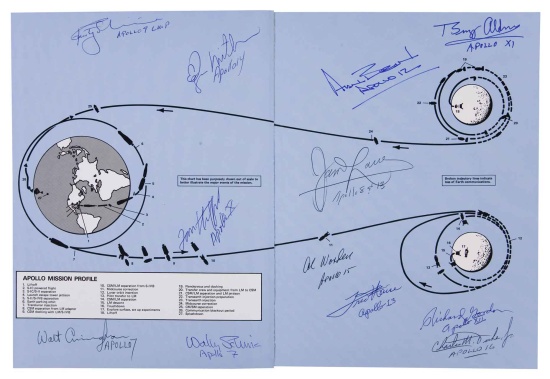 SIGNED BY A MEMBER FROM THE FIRST NINE APOLLO FLIGHTSApollo Expeditions to the Moon. Covers the entire Apollo Program with dozens of photographs. Chapters... [this item is NOT for sale]