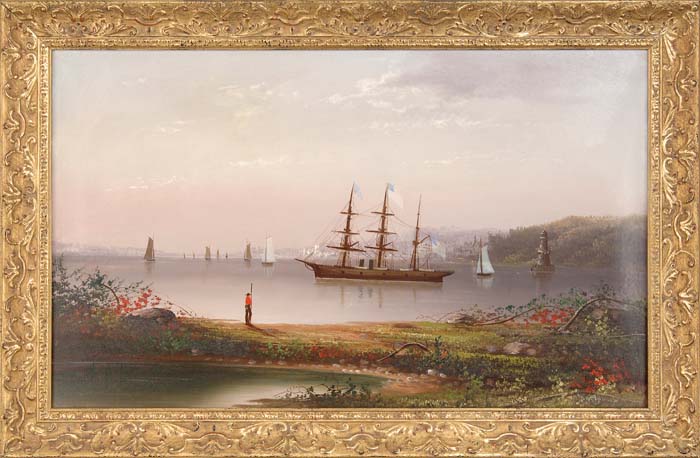 SIGNED (19th Century) AN AMERICAN FRIGATE. Oil on canvas harbor scene depicts a three-mast steam powered frigate in a tranquil harbor with several other... [this item is NOT for sale]