Price guides for Roger Hane "Disk in the Sky" Acrylic On Canvas...

Appraise and find values for
Roger Hane "Disk in the Sky" Acrylic On Canvas... 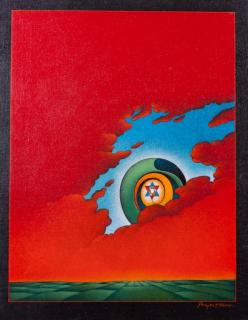 Roger Hane "Disk in the Sky" Acrylic On Canvas Roger Hane (America, 1939 - 1974) acrylic on canvas depicting a geometrically patterned disk with a Star...