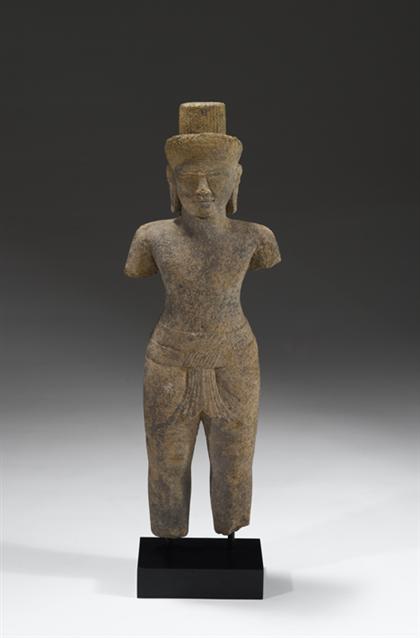 Rare and exceptional Khmer sandstone standing figure 12th century The well carved head is modeled to show low diadem with geometric foliate design,... [this item is NOT for sale]