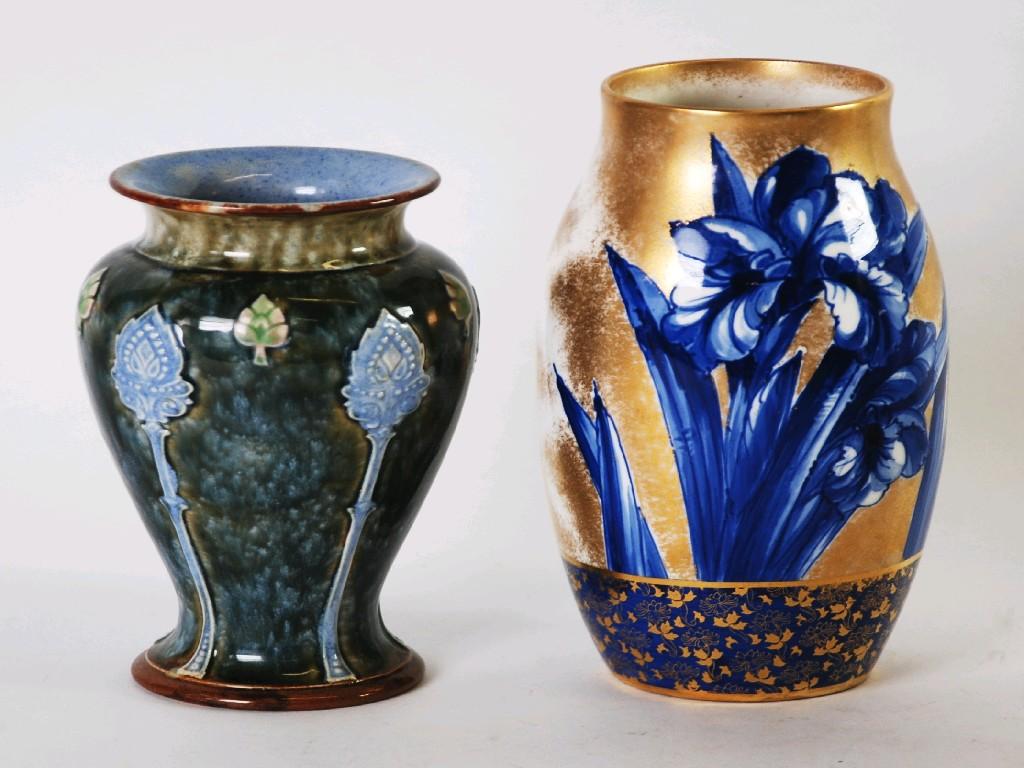 ROYAL DOULTON STONEWARE VASE BY ETHEL BEARD, footed ovoid form with waisted neck, decorated in mottled tones of blue and green with stylised floral motifs,... [this item is NOT for sale]