Price guides for ROBINSON, EDWIN ARLINGTON, GROUP OF HIS EARLIER...

Appraise and find values for
ROBINSON, EDWIN ARLINGTON, GROUP OF HIS EARLIER... 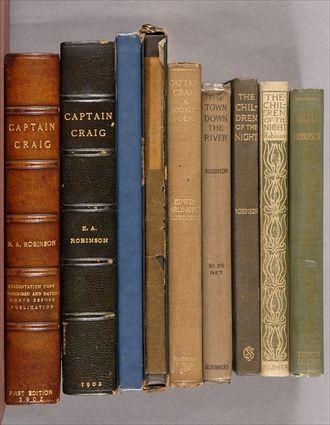 ROBINSON, EDWIN ARLINGTON, GROUP OF HIS EARLIER BOOKS,SOME INSCRIBED (1) "Children of the Night." Boston, 1897. His second book. Some foxing to prelims.... [this item is NOT for sale]