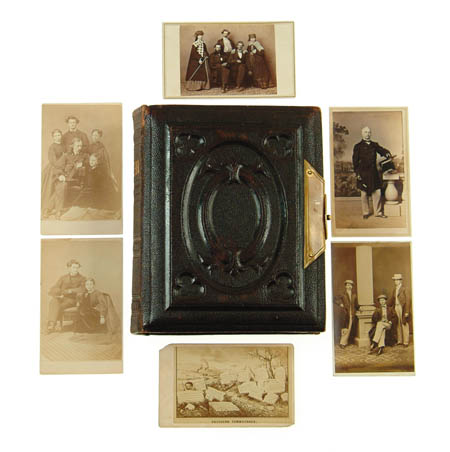 RARE & IMPORTANT CUSTER FAMILY PHOTOGRAPH ALBUM. It is rare for any personal effects of General Custer, or his relatives, to come to market today, which...