Price guides for Philip Wickstead (died circa 1790) A portrait...

Appraise and find values for
Philip Wickstead (died circa 1790) A portrait... 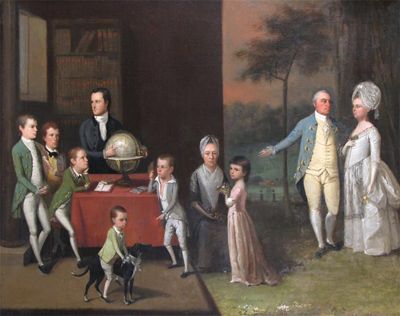 Philip Wickstead (died circa 1790) A portrait of the family of James Henry of Jamaica (1732-1787) and his wife Elizabeth née Jones, their six children...