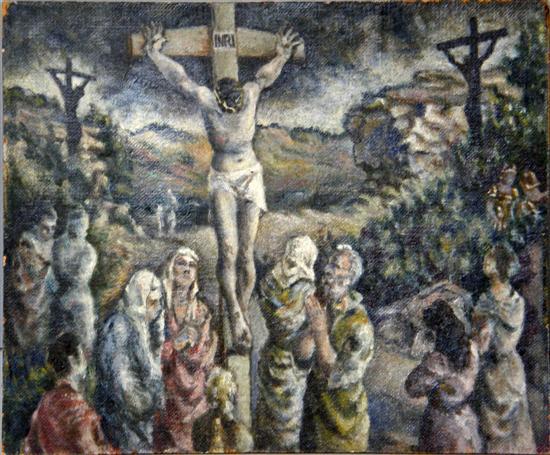 Patrick Fisher 1930-1987, English, crucifixion of Christ, oil on board, label verso, PROVENANCE: From the Derek Sorrell Collection. Purchased from Peter...