Price guides for Pair of continental figures of a male and...

Appraise and find values for
Pair of continental figures of a male and... 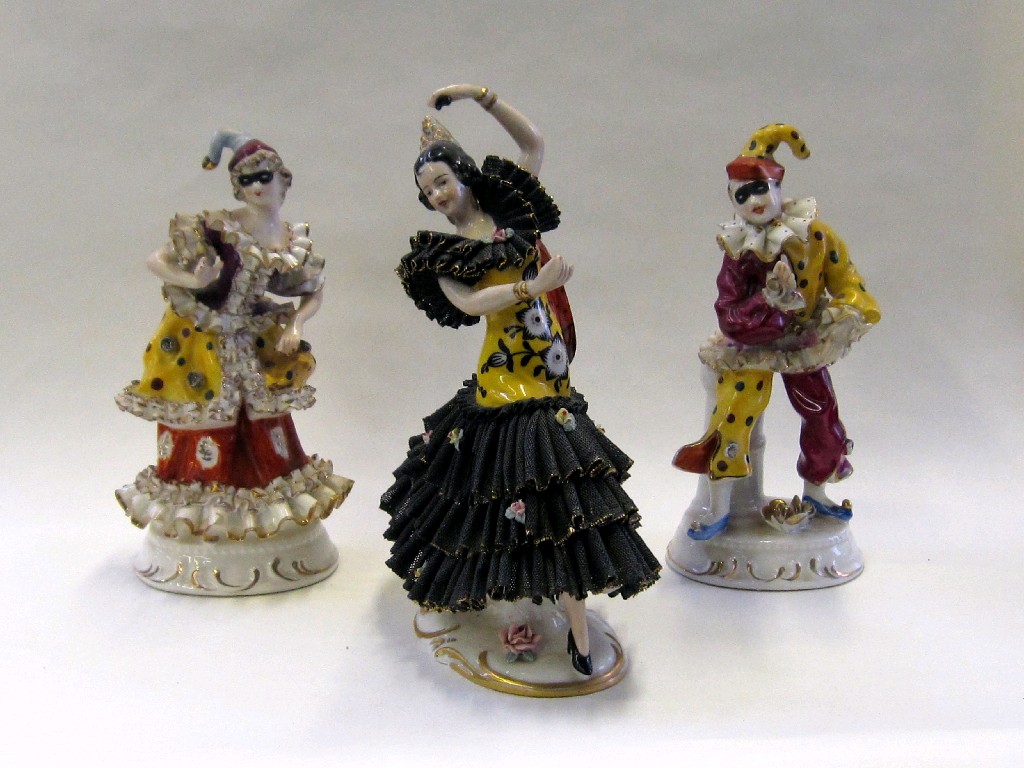 Pair of continental figures of a male and female harlequin and a Frankenthal porcelain figure of a Flamenco dancer (minor def)... [this item is NOT for sale]