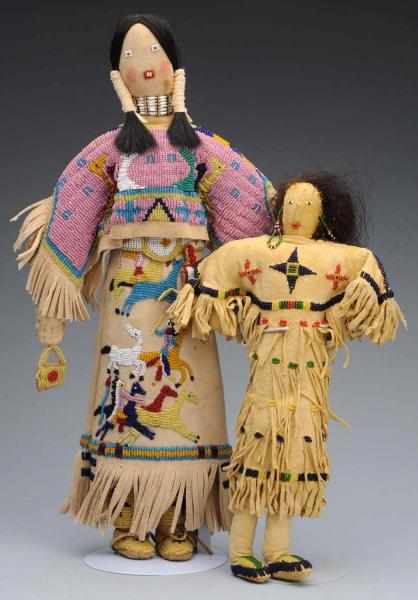 Pair of Native American Dolls. Smaller in all leather with human hair wig, beaded eyes and earrings, applied nose, and fringed and beaded dress with...