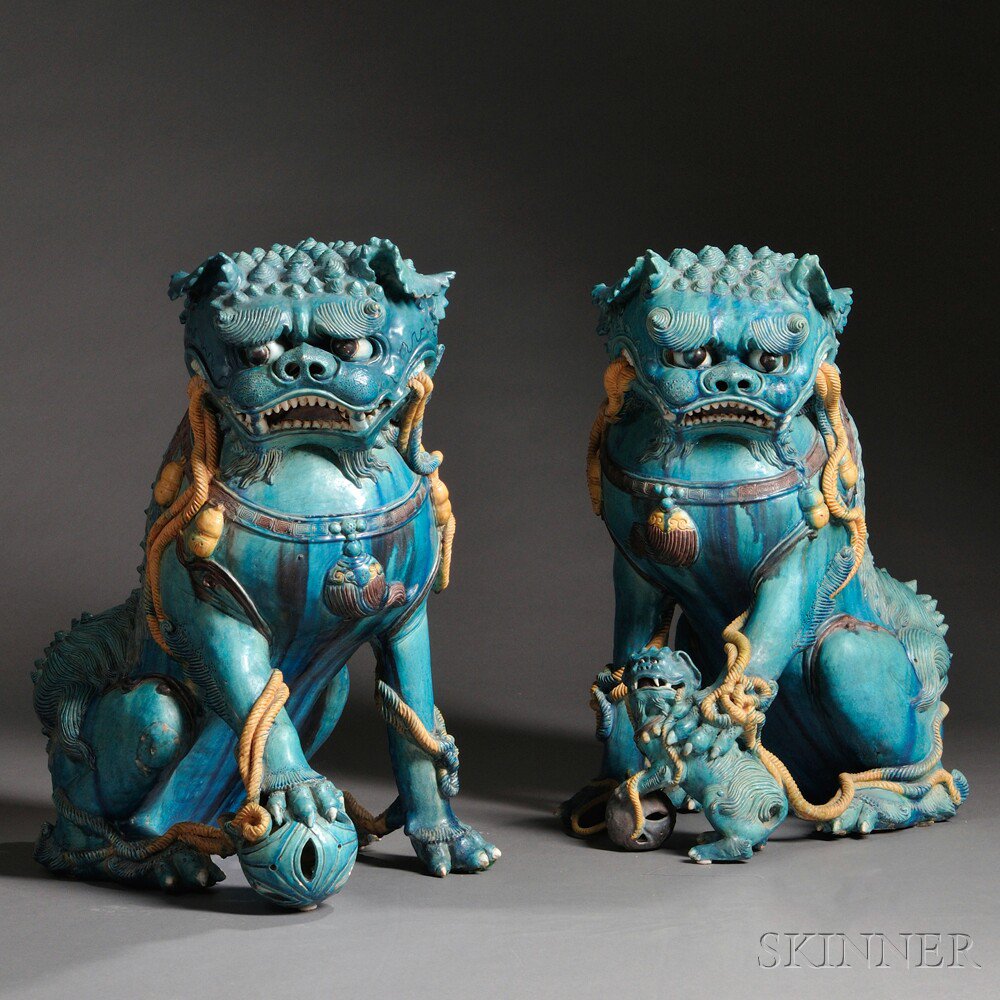 Pair of Large Buddhist Lions, China, 17th century, glazed ceramic, as traditionally depicted, the male holding a globe under his paw and the female with...