Appraise and find values for
Pair of Ivory Vases with Covers, China, 19th... 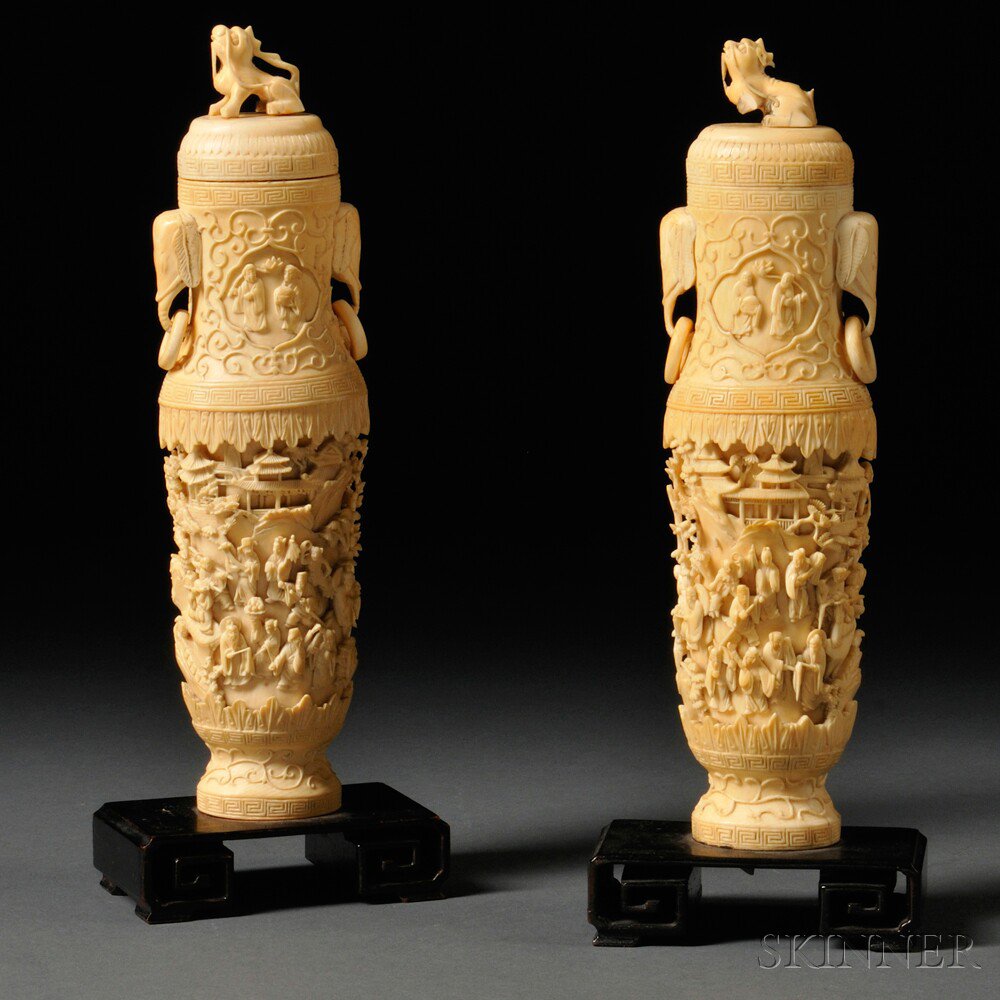 Pair of Ivory Vases with Covers, China, 19th century, on wood stands, each depicting a town scene with figures in relief, the neck decorated with foliate... [this item is NOT for sale]