Price guides for Pair of Indian Ivory Figures of Krishna and...

Appraise and find values for
Pair of Indian Ivory Figures of Krishna and... 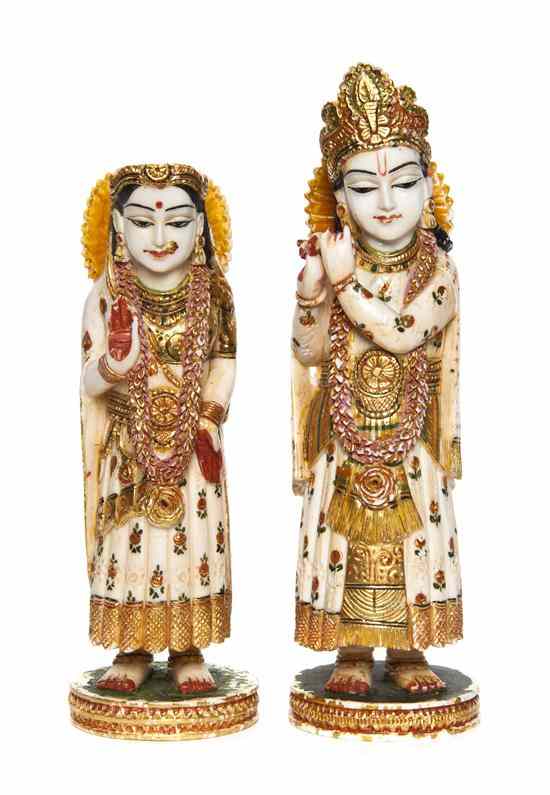 Pair of Indian Ivory Figures of Krishna and Lakshmi each deity depicted in gilt and polychrome headdress and robe standing with red palms and soles. Height... [this item is NOT for sale]