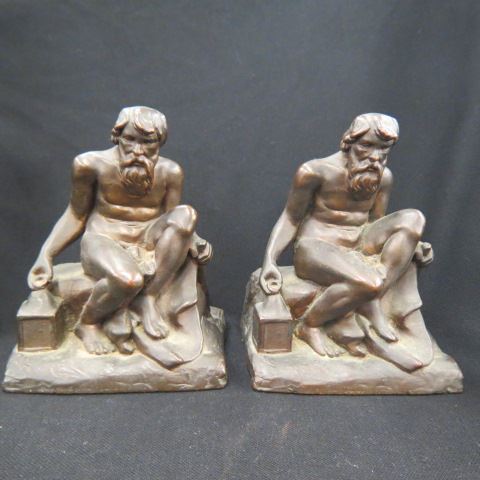 Pair of Figural Bronze Bookends,seated man with lantern, deco era, 7".... [this item is NOT for sale]