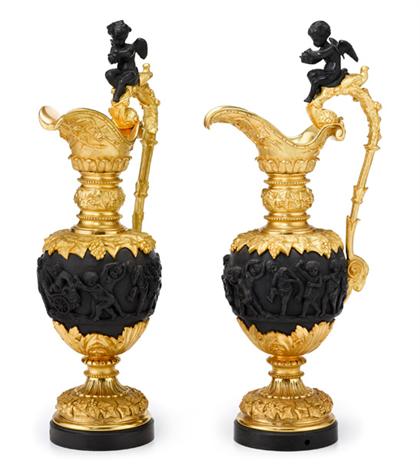 Pair of Continental gilt & patinated metal ewers Each with a foliate scroll handle surmounted by a seated putti, the body with a relief band of bacchic...