Appraise and find values for
Pair of Chinese carved wood figures of deities... 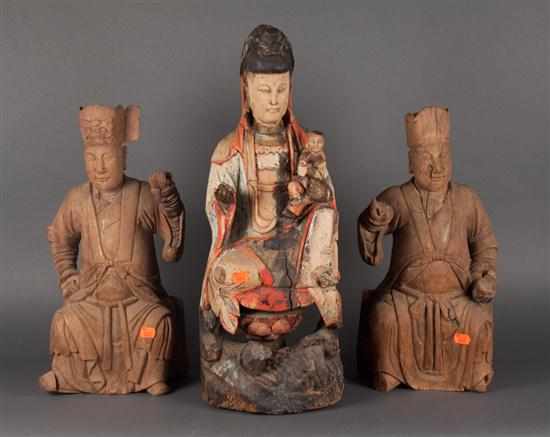 Pair of Chinese carved wood figures of deities and a similar carved and polychromed wood Quan-Yin figure votive figures - 18 in. H. Quan-Yin - 23 in. H.... [this item is NOT for sale]