Appraise and find values for
Pair of Chinese Blue and White Covered Temple... 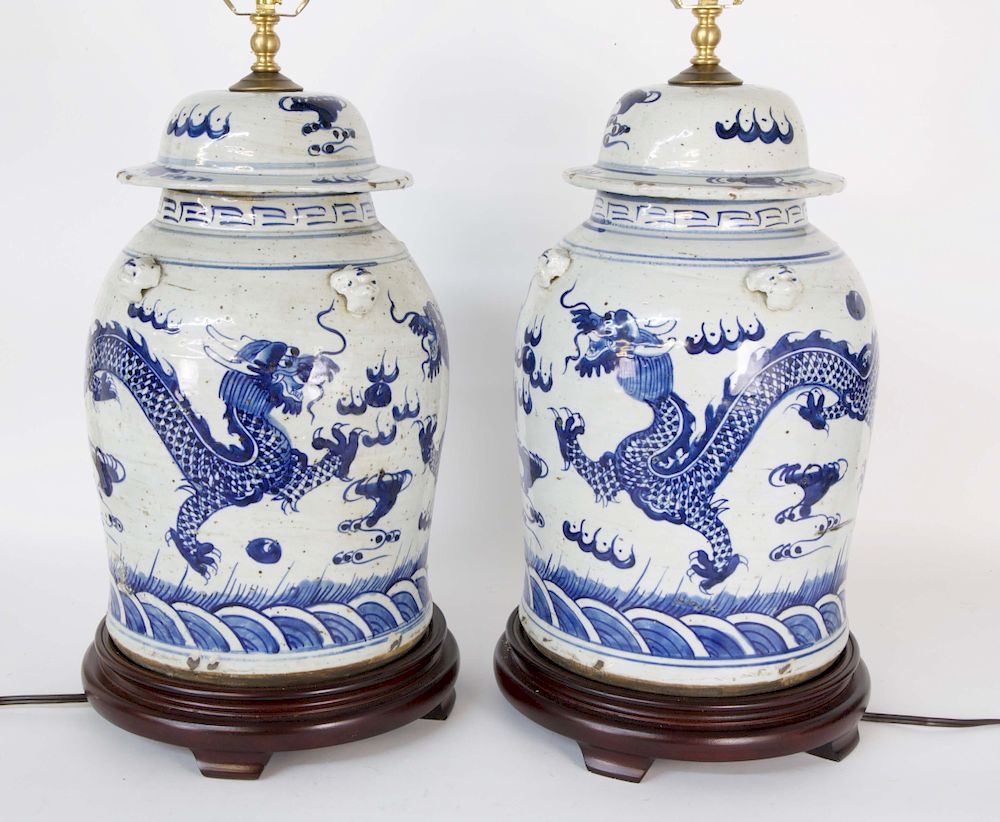