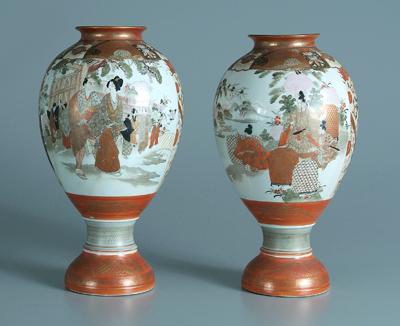 Pair Japanese porcelain vases: unusual footed ovoid forms, cartouches with warriors, men and women, one base with six-character mark in red, other base... [this item is NOT for sale]