Price guides for Pair Chiparus style lamps: each with cast...

Appraise and find values for
Pair Chiparus style lamps: each with cast... 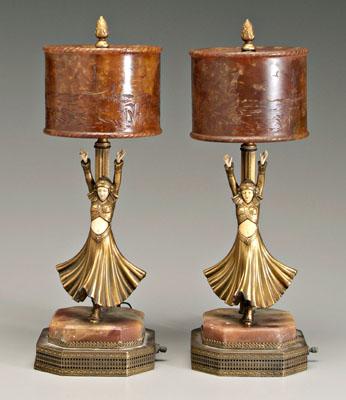 Pair Chiparus style lamps: each with cast metal figure of dancing woman, one with faux ivory mounts, 9 in., on marble bases, stone shades with etched design...