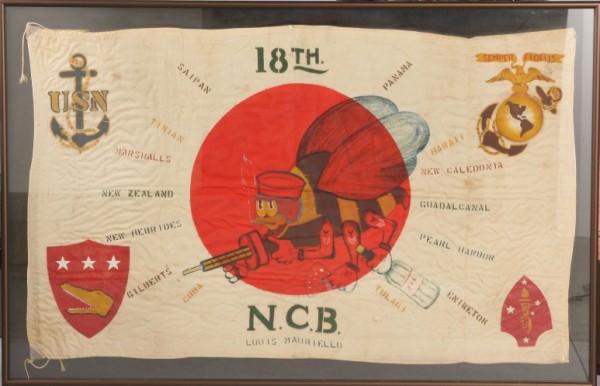 Painted WWII flag consisting of silk captured Japanese flag measuring 27" x 43". Flag has been overpainted with large Seabee holding machine gun in front... [this item is NOT for sale]