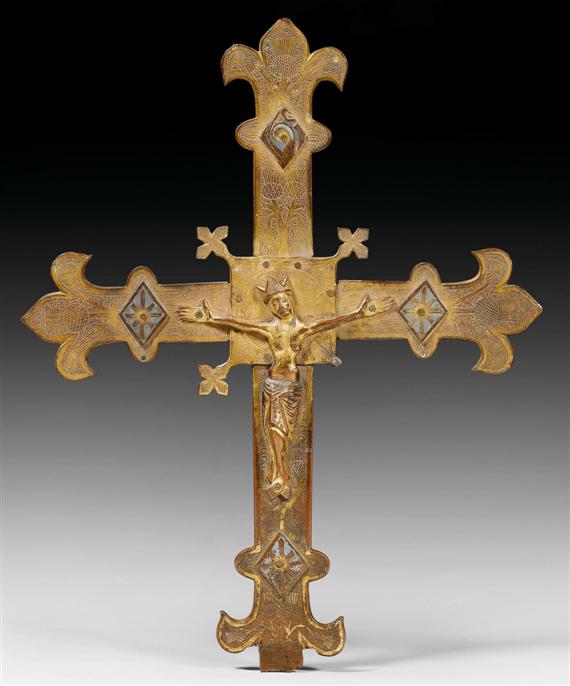 PROCESSIONAL CROSS,Limoges, early 13th century. Engraved and gilt bronze with enamel rhombuses. One of the cross leaves missing from the central rectangular...