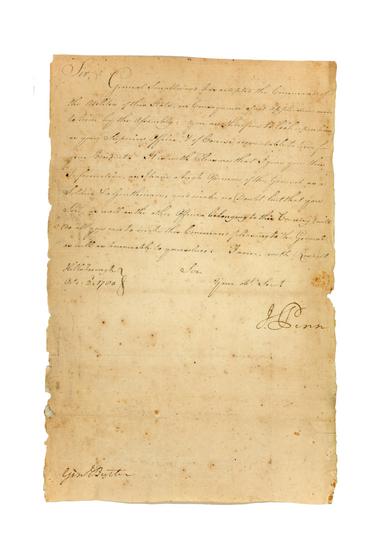 PENN, John (1741-1788); Signer from North Carolina.Manuscript letter signed, “J. Penn,” to Brigadier General Sumner, informing him of the appointment... [this item is NOT for sale]