Appraise and find values for
PAIR FRENCH CAMEO GLASS VASES having a stylized... 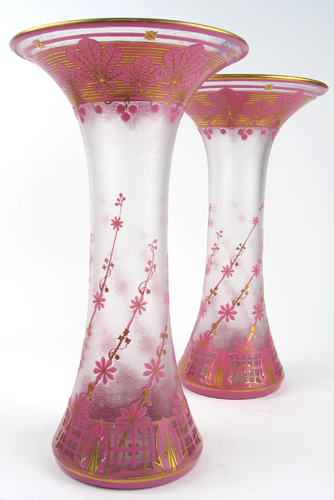 PAIR FRENCH CAMEO GLASS VASES having a stylized Art Deco pink and gold floral and berry design spiraling diagonally across the grey field. Fruiting berries... [this item is NOT for sale]