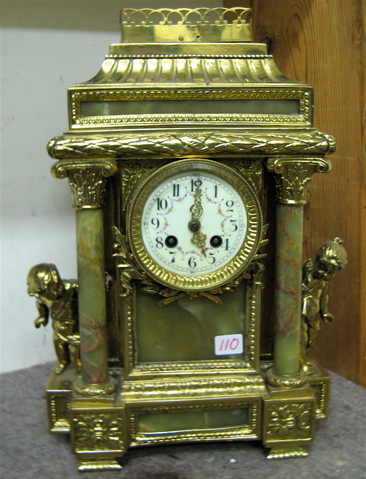 ONYX MARBLE AND GILT METAL MANTEL CLOCK, French, 20th century. The architectural metal case has a gold finish along with green onyx marble panels and columns,... [this item is NOT for sale]