Price guides for OIL ON CANVAS PAINTING. Depicting a Native...

Appraise and find values for
OIL ON CANVAS PAINTING. Depicting a Native... 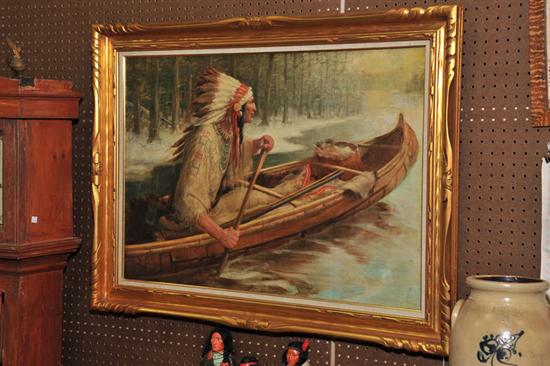 OIL ON CANVAS PAINTING. Depicting a Native American wearing a feather headdress in a canoe on a river. In a gilt frame. 25'' h. 36'' w. (not including...