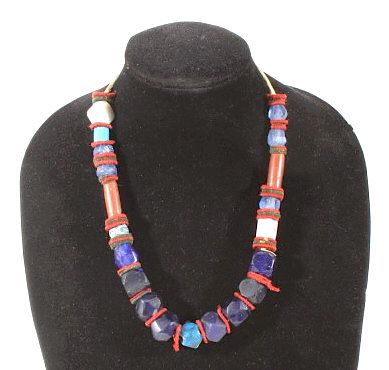 Northern Plains Indian Beaded Necklace: The lot shows a collection of original Northern Plains Native American Indian trade beads. The necklace is strung... [this item is NOT for sale]