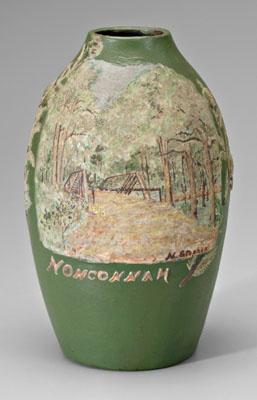 Nonconnah vase, ovoid with polychrome slip decoration, covered bridge flanked by cedar branches and berries on matte green ground, marked in lower right... [this item is NOT for sale]