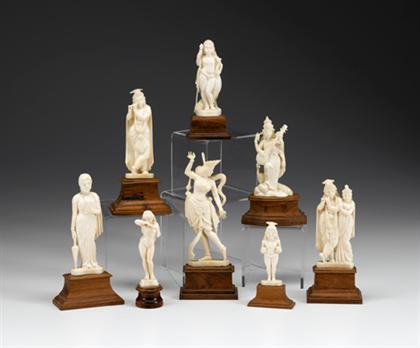 Nineteen Indian elephant ivory figures early 20th century Comprised of three groups, carved in good detail to show deities and ladies of beauty.... [this item is NOT for sale]