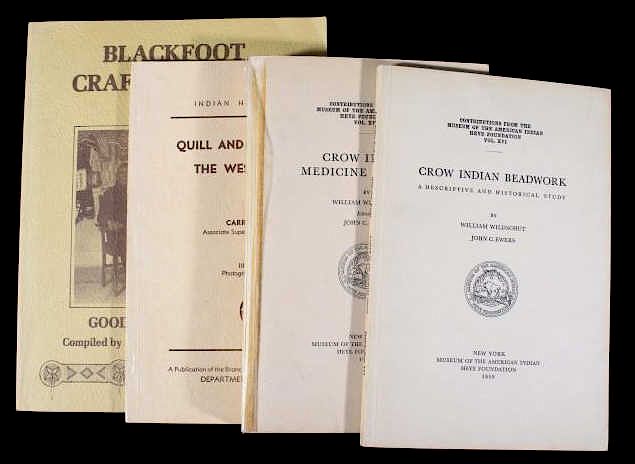 Native American Culture & Craft Study Books: Offered in this lot we have a collection of historic study books on aspects Native American culture and crafting...