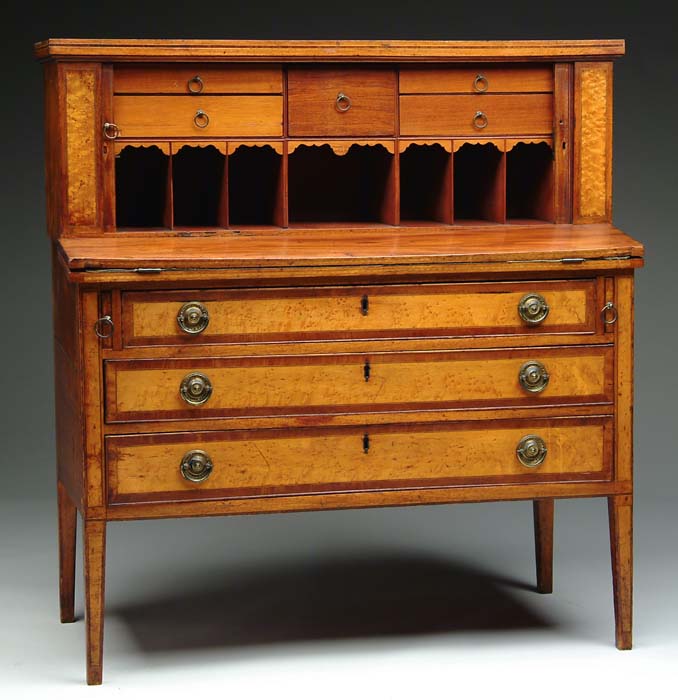 NEW ENGLAND FEDERAL LADY’S SECRETARY DESK. In two parts. The upper part having tambour slides which encloses a five drawer and eight pigeon hole interior.... [this item is NOT for sale]