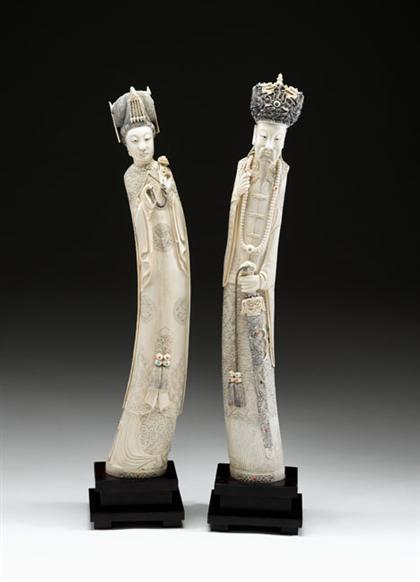 Monumental pair of Chinese elephant ivory figures 20th century Of male and female standing figures, applied to show various 'jewels' carved in medium... [this item is NOT for sale]