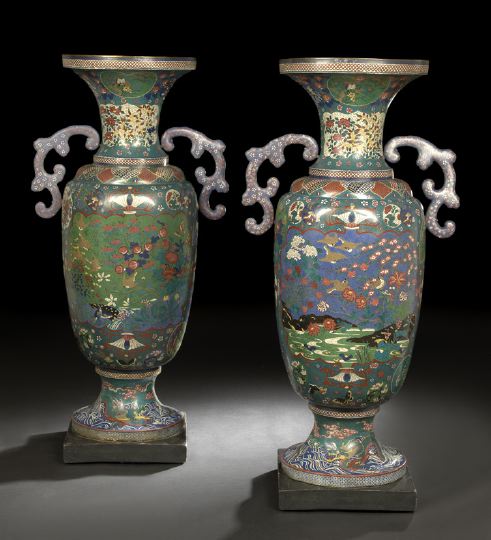 Monumental Pair of Japanese Cloisonne Palace Vases, 20th century, each of baluster form with splayed feet, stylized cloud handles and flared lip rims,... [this item is NOT for sale]