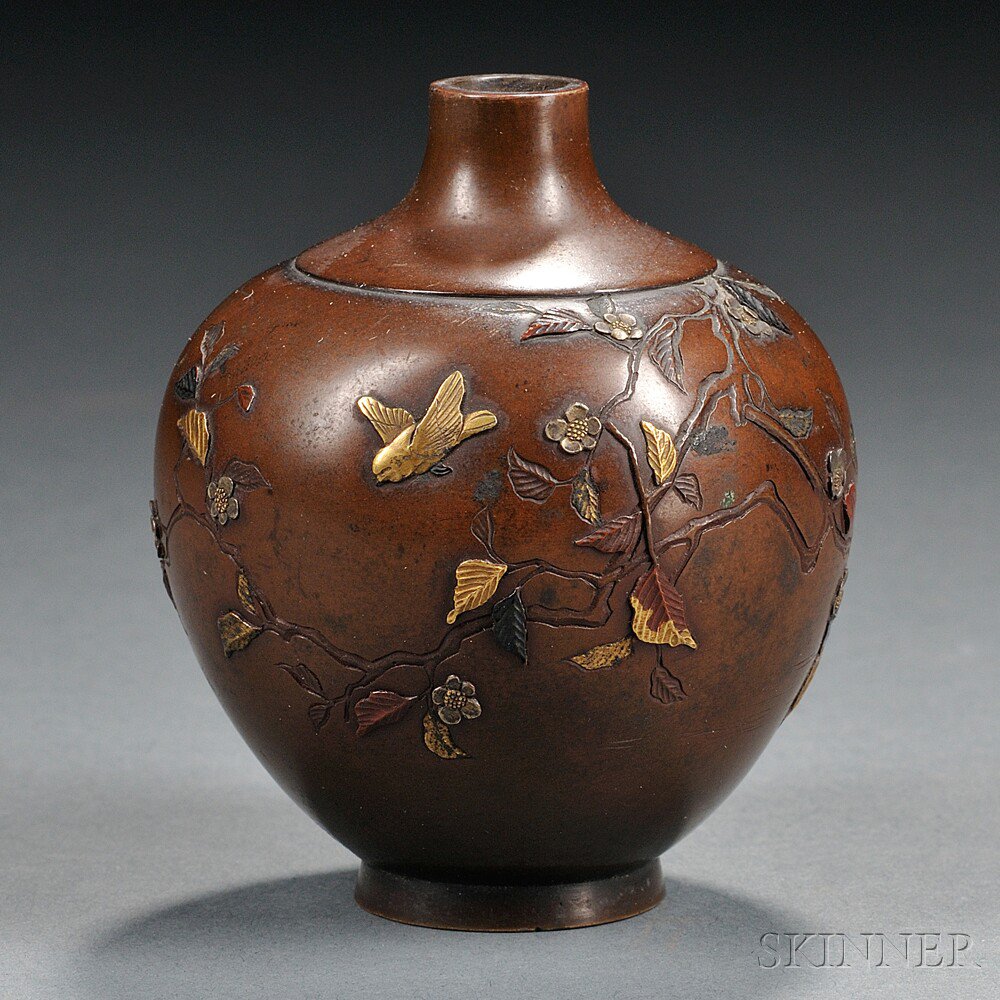 Mixed-metal Vase, Japan, 19th/20th century, bulbous, with a short neck and flat rim, resting on a splayed foot, depicting blooming branches with a bird... [this item is NOT for sale]