Appraise and find values for
Military--Burrowes, A.R. The 1st Battalion... 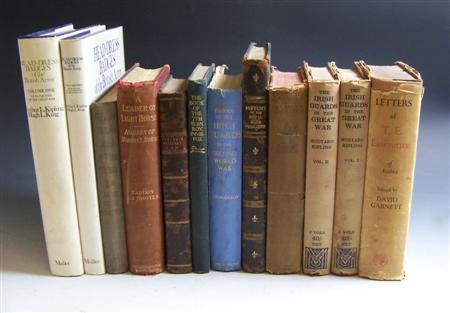 Military--Burrowes, A.R. The 1st Battalion the Faugh-A-Ballaghs in the Great War. Aldershot, [n.d.]. 4to, maps & plates, contemporary half morocco, worn;...