Appraise and find values for
Meissen porcelain putti representing the... 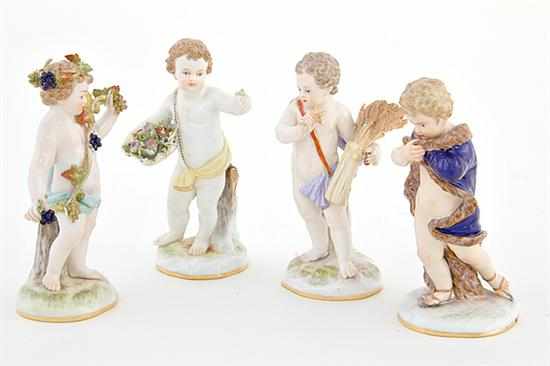