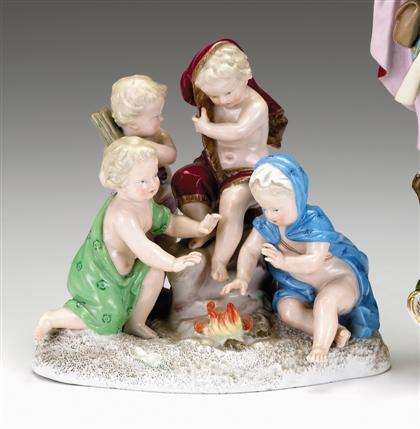 Meissen porcelain figure group emblematic of Winter late 19th century After a model by Acier, depicting four putti wearing cloaks and gathered around... [this item is NOT for sale]