Price guides for Medals: Assortment of bronze and silver medallions...

Appraise and find values for
Medals: Assortment of bronze and silver medallions... 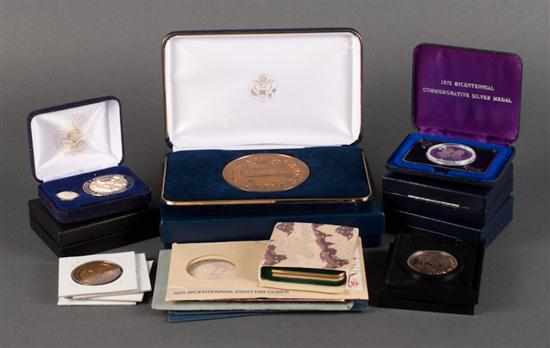 Medals: Assortment of bronze and silver medallions most commemorating the American Bicentennial including: White House Bicentennial bronze medallion U.... [this item is NOT for sale]