Appraise and find values for
Masonic/Fraternity jewels: a modern silvergilt... 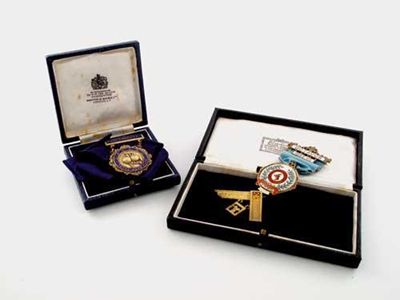